The weekend in Šamorin, Slovakia, was again very successful. The competitions were held indoors – a new surrounding for our horses. But they were not fazed at all and stayed totally focussed.

First, Dark Dionysos won the S competition for the seven-year-olds with more than 72 percent. Floretto came first in the "Young Riders S" and also won the Prix St. Georges. In both competitions he achieved more than 68 percent.

For President presented us with a surprise: in the Grand Prix he was bursting with energy! Even though he was much too fast, he still completed all the movements perfectly. And later on, in our favourite test, the Grand Prix Spécial, he proved what a poised pro he is, winning with nearly 71 percent.

It fills us with great joy that two of our horses are now qualified for the World Championships: seven year-old Dark Dionysos and five year-old Zauber der Venus. – Fingers crossed that it can take place in December! 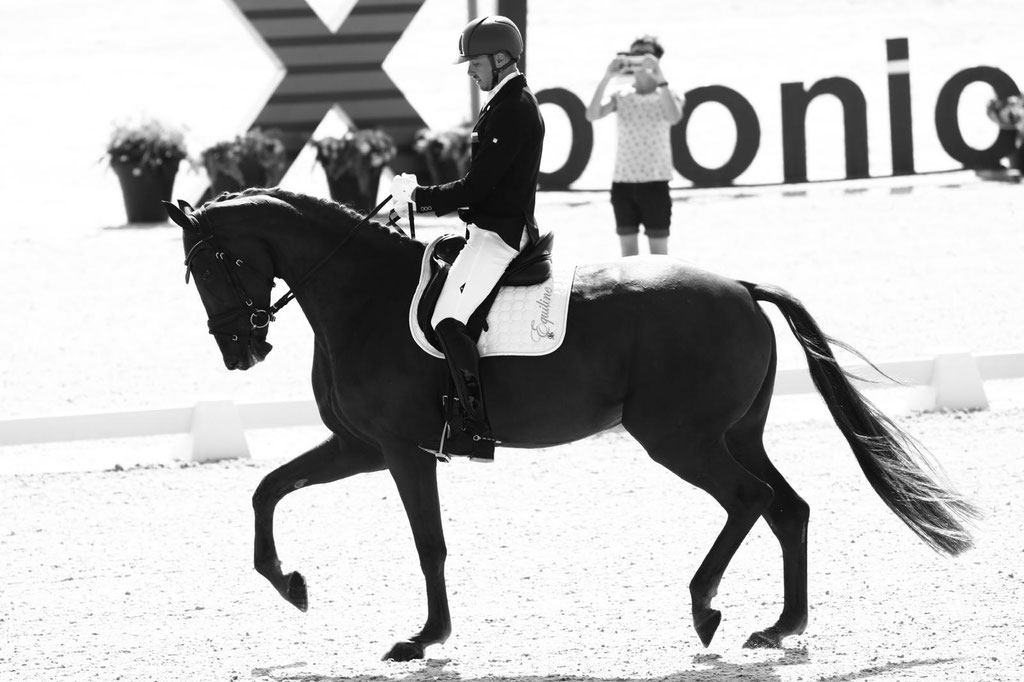 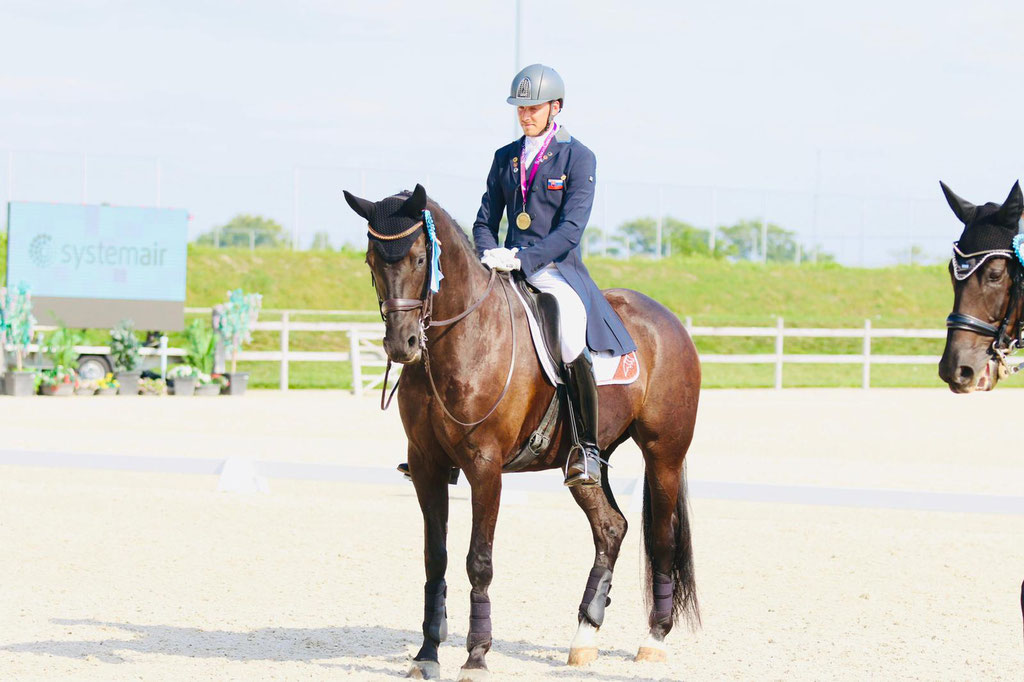 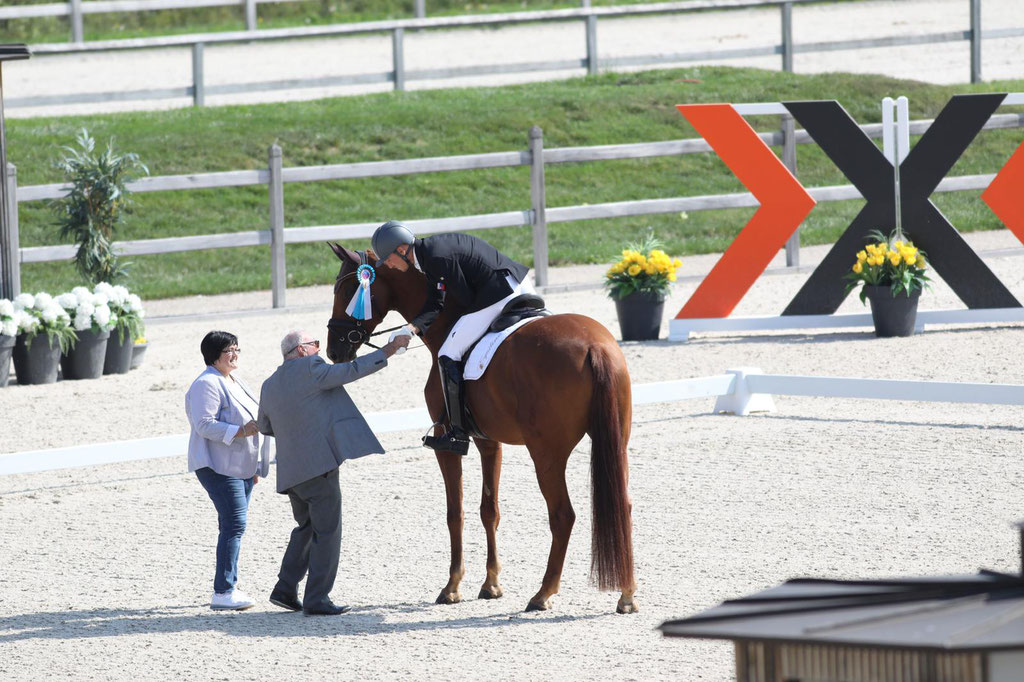 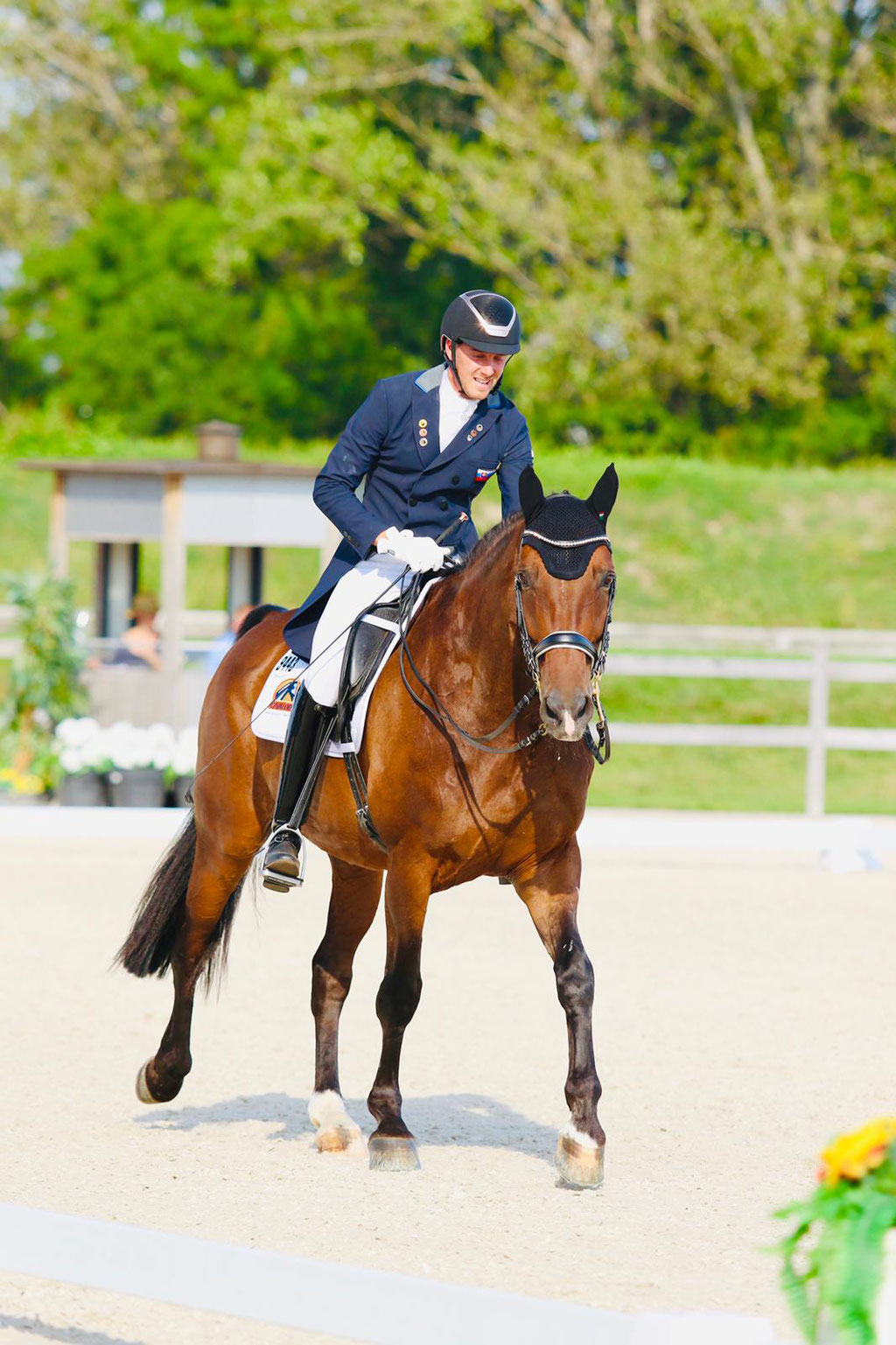 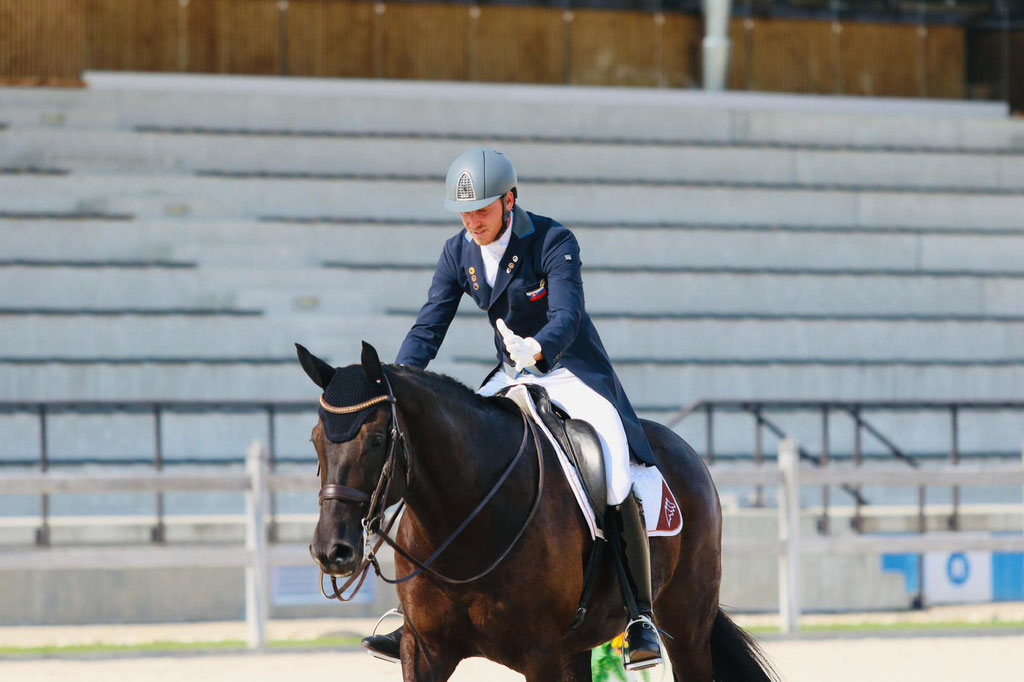