The weather was glorious and it was first place for both of our young horses, Dark Dionysos and Floretto, in Motešice, Slovakia: 7 year-old Dark Dionysos showed what he is made of, winning his first M dressage. As part of the team, he reached 70%, and 71% in the single competition.
For his 8 year-old stable companion, Floretto, Motešice meant classification for international tournaments: he more than impressed the judges. In the Intermediaire I he was the winner with 73%, and in the Freestyle he  won with a whopping 77%. So far, this was both his and my absolute record performance! An interesting detail: one of the judges gave him a rating of 80.75%.
Four competitions, four victories. We are so proud of our "little ones"! And ready for the tournament season in 2020! 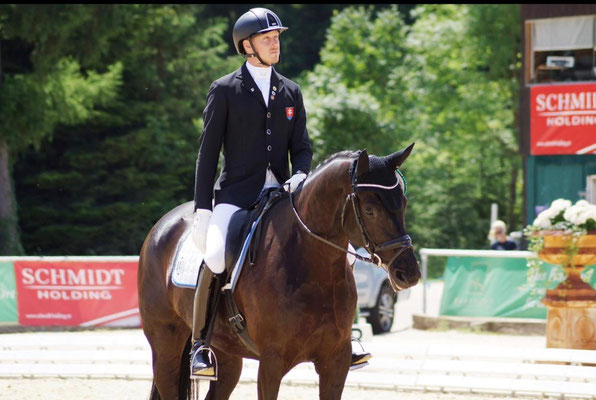 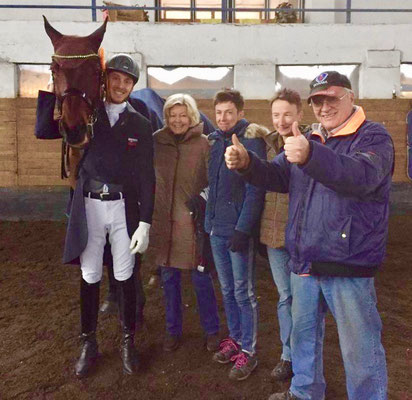