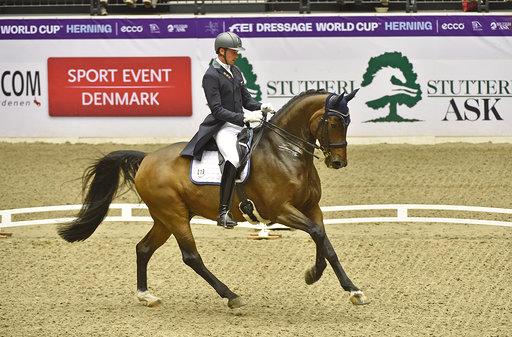 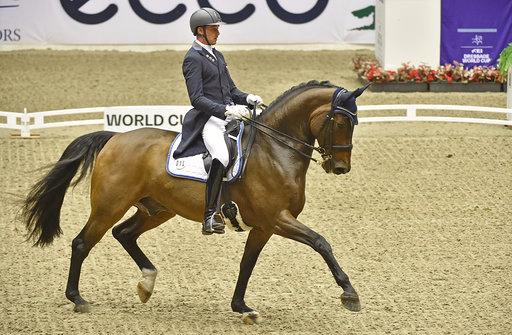 There are eleven qualifying World Cup Tournaments before the final in Las Vegas next April. The first tournament has already taken place in Herning, Denmark, and of course we were there! It started well. On day one "Presi" was amongst the first 15. Unfortunately he had a few problems with the traverse in trot, but nevertheless he made it to place 14 with slightly over 68 per cent. A brilliant achievement in such a high-class tournament!
In the freestyle test we made a lot of mistakes. For President was extremely excited, and that was no surprise: not only was the arena huge, it was also filled to the brim! We had never seen something like this before. So, only 15th place with just under 70 per cent. But no worries – taking part in such a big world cup tournament was simply an awesome experience for both of us!